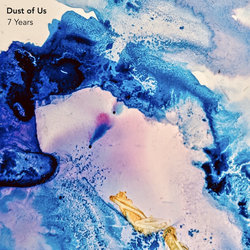 Cinematic, textural and layered, the Dust of Us sound is a blend of electronic music, pop, folk and indie rock. It has drawn comparisons as disparate as Gotye, Sufjan Stevens, Depeche Mode, Junior Boys and Massive Attack.

Having played together in several bands, including Why We Run and Cogel, Ed and Lloyd are no strangers to the local music landscape.

Their debut single as Dust of Us - 'The Swans' - received broad praise from indie and community radio; including the following quote highlights:

“[4 stars] The production is super cool, I can’t stop listening to it.” –- Claire Mooney, triple j

“Angelic… just so so lovely all over.” – Paul Waxman, SYN

“A brilliant start for this brotherly duo… warms every crevice with its comforting glow.” – Mick Rad, 2SER/The Music/Lunchbox


Featuring a guest vocal from Sydney-born, now London-based singer/songwriter Jess Chalker of We Are The Brave, '7 Years' is the second taste of the upcoming debut EP from this new Sydney duo.

Co-produced and mixed by Matt Neighbour (Matt Corby, The Avalanches, Sky Ferreira), it has already been picked for Apple Music's 'Best of the Week' and Spotify's 'Broad Chords'.