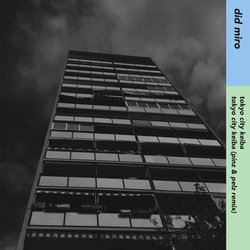 Sydney based DIY producer Did Miro started his foray into the world of electronic music with a totally DIY approach - he threw himself into audio production and less than 8 months after finding out what Ableton was, released his first single 'Nah Stuff' in May 2019. The track was given a first play on FBi Radio, an add to Kane FM in the UK and picked up a spot on Stoney Roads playlist. The track now sits on 13k streams across all platforms, which Did Miro says is "pretty rad".


Modern times lead to untraditional recording environments, and in the case of 'Tokyo City Keiba', it was on trains around Europe with nothing but a laptop and midi controller. The idea was one of many that will eventually morph into a debut EP, and was finally finished in a makeshift bedroom studio in Sydney's west.