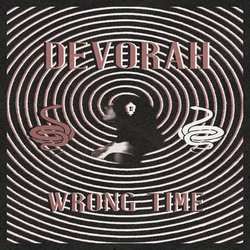 Devorah is the newest project from Anita Lester.

Anita originally made a mark in small communities around the world first with ‘Me and the Grownups’, then as ‘Lester The Fierce’, touring extensively internationally with both, gaining high praise.

After a five year hiatus and various collaborations, Anita recorded her EP for 'Devorah', titled 'Erato' with Lawrence Greenwood and Benjamin Riley (with an additional single track input from Xavier Dunn on the lead track 'Wrong Time').

In the month since launching 'Devorah', she has already supported Dan Sultan, Megan Washington, sold out one of two headline shows and booked the shows mentioned above only by word of mouth.

Aside from music, Anita is an award winning animator and illustrator.


In August Devorah will be releasing her first single ‘Wrong Time’. It’s withdrawn production and story of unrequited love is an engaging first offering.

Recorded by Lawrence Greenwood (Whitley) in a shack on the South Coast of Australia, completed by Benjamin Riley and Xavier Dunn, It’s simple complexity was often hard to find.