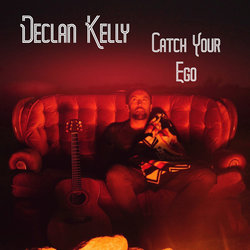 Kelly is embarking on a new venture in 2019. His upcoming album "Carry Me" reflects on his career thus far and "the sounds and stories around the City of Sydney where Declan’s heart nests." An intimate and engaging experience, Declan's performances and poetry are a class above and a reflection of the man himself.


“Catch Your Ego” is about reigning in your ‘untrue self’ that sometimes lets fly at the expense of the one you love and most of all, you. A simple message to remain grounded, perfectly matched by the smooth, ‘wailing island’ harmonies by Stephenson and reflected in Kelly’s humble yet honest performance.