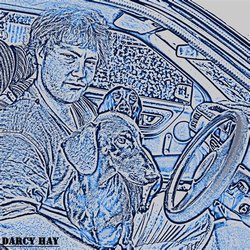 
A short, simple country song about something that happened long before I was born - the Noonkanbah land dispute, up in the Kimberley. I tried to write this dispassionately, as a simple account of local history that we never learned in school, but the raw injustice of what happened made this a hard ask. Features some intricate guitar work.