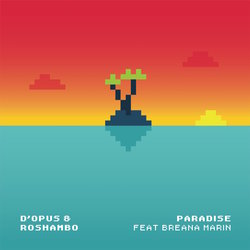 Ross Garrett (D.Opus) and Rowan Thomson (Roshambo) met in 2003; D'Opus already an established DJ having supported everyone from the Jungle Brothers, Q*Bert, Mr. Thing and De La Soul, while emcee Ro had built up an impressive reputation for spreading the hip hop gospel through his long-running show on 2XX FM.

2008 saw D’O & Ro, release of their full-length album The Switch (Mercury Switch/ Shogun). Their single 'Million Dollar Bill' proved to be a bonafide Triple J favourite, spending a good portion of the year on high rotation, and being in the Top 100 most played songs on the station for the year. D'Opus & Roshambo were chosen as part of Triple J's Next Crop in November '08 (alongside Cassette Kids, Pez, Philadelphia Grand Jury, Horrorshow, and Oh Mercy), with the second single 'The Basement', featuring Canberra indie-rockers Hancock Basement.

They released their third album ‘Mayday’ in 2016 which features singles ‘Mayday’, ‘Brush You Off’ which received rotation on Triple J, and ‘After Midnight’ which was added to rotation on JJJ Unearthed.


‘Paradise’ is a positive and uplifting anthem for the now – taking inspiration from feelings of escape whilst finding a place of inner paradise.

‘Paradise’ features the talents of LA based singer/songwriter Breana Marin who has worked with the likes of Keyshia Cole, Fifth Harmony, Darkchild, Red One and more.