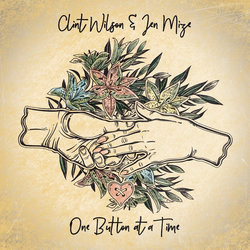 Clint Wilson is a mid-thirty something artist from Melbourne’s south east.

He started songwriting 3 years ago and released his first EP early 2017, mainly writing about stories that he’s experienced growing up. From an early age music was a big part of his life, he has been playing in pubs and bars to drunk people as long as he can remember.

Wilson goes into 2019 with two more planned releases from the Dark water album then back into the studio to start working on his second album.


“A romantic song about really good friends who both understand how important their relationship is, realising they may need to take it slow to get it right”

Written by Clint Wilson, Jen Mize and Lola Brinton at The DAG songwriters retreat in November.