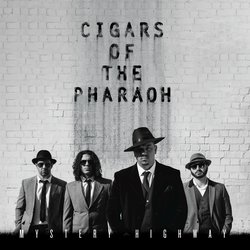 Sometimes a band comes out of nowhere. You might hear it at a bar, or while you’re stuck in traffic. Chances are, if you’ve heard Sydney’s Cigars Of The Pharaoh, you’ll know about it.

With a power-packed sound, Cigars have brought the groove back to the Australian music scene with a punch that feels good. Guitar-driven blues rock hasn’t been this good for too long, and it’s a more than welcome renaissance.

The band formed in 2015 as a four-piece, a mixed bag of guys with a multitude of musical influences. From indie pop to hard rock, soul to RnB, this special union of musical minds has created something that’s fresh, based on everything they’ve learned and heard from a combined experience of many decades inside the scene.

Cigars Of The Pharaoh completed the recording of their debut EP within months of forming. Hooking up with Sean Carey (Thirsty Merc) at Church Street Studios, they laid down a four-track EP across a single weekend. Standing still is not a pursuit of interest for Cigars.

Mystery Highway was the result, and it’s already made waves, enhancing the band’s reputation as one of the hottest new acts in Australia.


Mystery Highway is the title track from the debut EP by Cigars Of The Pharaoh. It's a power-packed tune that will rock your soul, and keep you humming along with a smile on your face.