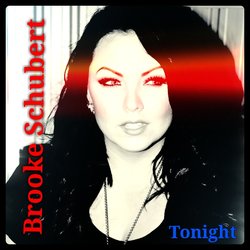 The international stage has long been Brooke Schubert’s dream, and 2014 was a step in the right direction.

In April, Brooke threw caution to the wind and uploaded a video to YouTube titled ‘ Dear Keith Urban’ - a tongue in cheek proposition to sing with Keith at his Townsville concert. Keith saw Brookes video and instantly invited to her perform ‘We Were Us’ up on stage during his show.

In 2013 performed to Zac Brown Band, and was hand picked by Tina Arena to support her as part of Queensland Music Festival and Rick Price at his only sold out Melbourne show. In August 2013, much to her surprise, Brooke’s EP ‘Sway’ topped one of Asia’s biggest Digital Distribution charts.

Brooke’s love of all genres of music has allowed her traveled the world performing and has shared the stage not only with Keith Urban, but also Joel Madden, Kasey Chambers, Jimmy Barnes, The McClymonts and Jessica Mauboy just to name a few.


Brooke Schubert’s career is in the fast lane since being discovered by Keith Urban earlier this year. After 7 dates across Australia with Urban, Brooke enlisted the help of Fiona Kernaghan to come up with her first single, Tonight’. Brooke’s album is due for release at the end of 2015.