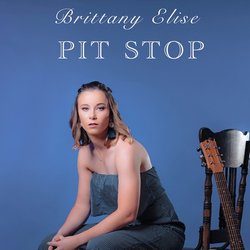 After Brittany Elise returned from pre-launching her debut album ‘Something More’ in Nashville, 2019 has seen her album debut at #2 on the Australian iTunes Country Charts and #20 on the all genres chart, had her 10th appearance at the Tamworth Country Music Festival, as well as performed sold out album launches in Queensland.

She is a graduate of the CMAA Australian Academy of Country Music Excellence, the DAG Singer Songwriters Academy, has been a part of the opening of the Tamworth Country Music Festival in Bicentennial Park and various festivals around Australia. Brittany Elise’s powerhouse vocals, stories and entertaining performances have seen her support Graeme Connors, Tania Kernaghan, Lyn Bowtell, Natalie Henry, Melody Moko and Jade Holland in 2019, as well as Lee Kernaghan on his Australian Tours from the age of 12.


‘Pit Stop’ is about trust and honesty in a relationship and knowing your own self-worth.