British India - Beneath The Satellites 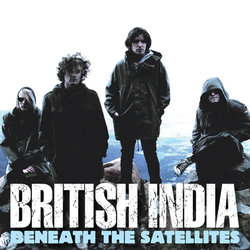 As the band’s popularity continues to grow, ‘Beneath The Satellites’ and their forthcoming album ‘Avalanche’ is destined to cement British India’s place as one of Australia’s hottest bands.

In 2008, British India had a Top 5 debut on the national ARIA albums chart and were nominated for Best Independent Release for their album Thieves. With a tireless touring schedule, a slew of festival appearances and two trips to the UK, British India have earned their reputation as the hardest working band in Australia.

‘Avalanche’ celebrates the guitar pop that has characterised British India’s initial success and demonstrates the band’s growth, both as songwriters and musicians

‘‘Beneath The Satellites’ is released exclusively to iTunes on February 12th 2010.
Avalanche will be released to stores and online April 16th 2010.