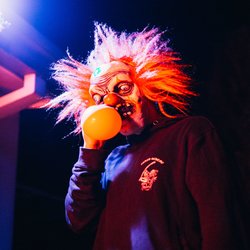 A 20 year old rapper/producer/university student/financial advisor from Sydney’s south, Brad Jordan is versatile artist that takes inspiration from a variety of genres. That’s why you can't pin him down to one sound; his upcoming E.P. ranges from trap to dance to politically charged rap.

His musical timeline began when he was 15, starting a hip hop duo called Rapture which topped the triple j Unearthed Hip Hop charts. Since then, he has expanded his discography with a solo mixtape titled ‘REIGNY NIGHTS,’ with tracks such as ‘Waves’ gaining attention from triple j contributor Dave Ruby Howe.

Brad’s new E.P. illustrates a versatile artist that can lay down a catchy chorus, tell stories of his underage party times whilst busting out some serious fast-paced bars. Above all, he is an artist that exhibits talent from all sub-genres under the hip-hop spectrum, making it easy for fans of any music to find a Brad Jordan track to love.


The inspiration for the track came from reminiscing on nights as a high school student, sneaking out the house, hiding beers from mum and dad to go to underage parties that friends hosted when their parents were away (Brad Jordan definitely does not condone this behaviour, children). It's about breaking your parents rules for a thrill as a kid.