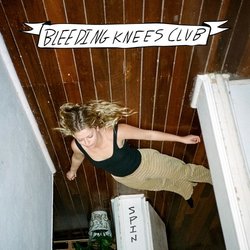 Bleeding Knees Club are a indie rock band based in sydney best known for their fun carefree style of garage rock and summery punk.


Spin is the first release since their 2018 Album “Fade the Hammer” and sees the band moving back to their roots of fun feel good jangle pop that they are best known for.

The Single was produced by long time friend “Wade Keighran” (Polish Club, The Scare, Wolf & Cub), and is being released on Alex’s own label, “Headlock Records”.