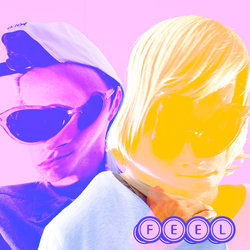 If ever there was a Club to sign up to, it's the one spearheaded by rip-roaring, party-hardy duo Jordan Malane and Alex Wall.

An irrepressible garage-pop 'n' surf-punk pair that burst out of Australia's Gold Coast, Bleeding Knees Club have won hearts and minds through a reckless live reputation and, on the recorded front, with a swag of super-catchy tunes on their debut EP "Virginity" which I OH YOU Records released into Australian stores in October 2010.

At home they quickly landed tours with the likes of Wavves and Lightspeed Champion, as well as a slot on the revered Big Day Out festival in January. The visceral thrill of EP cuts "Have Fun" and "Bad Guys" saw them flogged on Australian radio, and also made the rest of the world quickly sit up and take notice.

After wrapping up 2012 with a triumphant set Falls Festival, Alex and Jordan decided to take some time out at the start of this year to focus on writing and are now preparing themselves to release a brand new EP in the coming months (release date TBC) and ‘Feel’ will give fans a chance to sample what’s coming.


The duo recently recorded 'Feel' with producer Lindsay Gravina at Birdland Studios in Melbourne. Perhaps the most polished offering the surf punk band have delivered to date, the track pulls inspiration from the 90’s and early 00’s pop punk movement BKC still hold close to their hearts.