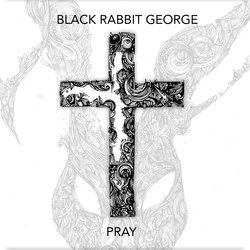 From the wellspring of childish fantasy and a lifetime of musical evolution emerges folk singer/songwriter Black Rabbit George, another incarnation for Paul A George, the musician whose guitar drives the unique sounds of Tijuana Cartel, one of the tightest and most sought-after bands on the Australian festival circuit. If Tijuana Cartel ever lacked anything for its guitarist and vocalist, then it was the open door to a subconscious demand to tell stories—any stories—with the strings of a guitar and the words of a born storyteller. And he has crafted a treasure trove of folk gems expertly weaving the guitars delicate complexity with his deeply felt lyrics and warm, distinctive vocal tones.

2015 saw his first release, a double single pack featuring ‘Black Dog’ and ‘Dusty Fingers’, which received airplay on both Triple J & Double J. The following up single ‘Wash Away’ was also well received. He has been touring extensively since and has just released ‘Pray’, the lead single from his upcoming E.P. ‘The Cause’ due for release in October 2017.


‘Pray’ is warm and reflective and beckons the listener to follow in a manner that borders on sensuous. It’s about the choices we face in life, the dilemmas presented by those forks in the road, and the repercussions we foresee. Which way should we turn? And where will it lead?

Other tracks by Black Rabbit George: Karma in the Crowhouse  -  Looks Like We're Not Coming Down Again
%