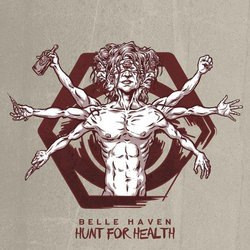 Since the creation of Belle Haven, the band has advanced into a well known, established performing act headlining shows to followers across Australia and supporting international acts, such as Dance Gavin Dance (USA).

In January 2012, the band released their EP, 'Onus'. Since the release, hundreds of copies of the EP have been purchased from all over Australia, not to mention the countless online downloads from people all over the world. Belle Haven pride themselves on their live show, delivering a secure, overly energetic performance bound to nimble riffs, heavy breakdowns and gentle jams, all throughout a flowing yet engaging set.
Drawing influences from a range of different bands such as Underoath, Death Cab For Cutie, Circa Survive and The Chariot; Belle Haven are tagged as adept, genuine songwriters and performers.

Set to release their debut album ‘Everything Ablaze’ March 2015 (recorded in the USA with internationally renowned producer, Matt Goldman), Belle Haven are stamping their name into the minds of heavy music lovers everywhere.

Belle Haven will headline a run of shows to support ‘Hunt For Health’ late October and throughout November, more dates will be announced via www.facebook.com/bellehaven & www.facebook.com/HalfcutRecords


'Hunt For Health' is a hard hitting, short (1:23) track taken from the upcoming album ‘Everything Ablaze’ which is set to release March 2015.

'Hunt For Health' was recorded in the USA with internationally renowned producer, Matt Goldman).