Bec Lavelle - The Way I Love You 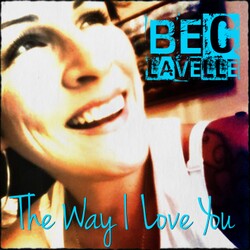 Best known for her work as vocalist for 8 seasons of the hit TV series, “McLeod’s Daughters”, Bec’s voice was the true heart and soul of the soundtrack albums selling in excess of 250,000 copies. The series was screened in over 110 countries around the globe.

In late 2009, Bec took herself on a trip to the songwriting mecca of Nashville. The result is “Love & Bravery”, released at the end of November 2010.

Bec recently found success on the 4th Season of "The Voice of Germany". Her magical tones and personable nature saw Bec through until the Battle rounds where she humbly lost out to Johannes Holzinger with their stirring rendition of Ed Sheeran´s hit "I See Fire".

Her new album is due for release in February 2016.


The Way I Love You is the fourth single from Bec Lavelle's latest album, Kehr Wieder.

The track is an upbeat melodic hook laden gem.


Other tracks by Bec Lavelle: Let It Go
%