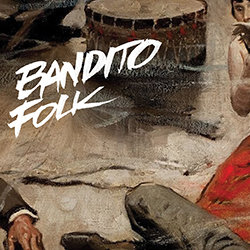 As gold mad men stalked the edge of the fire seeking that glaring everything beyond reasons they will ever know... Brisbane 5 piece band Bandito Folk started kicking around back in 2011 while students at QUT… that spawned the likes of Ball Park Music, Major Leagues, Cub Sport etc. Over time they have played a bunch of shows in and around Brisbane with Dan Sultan, The Gin Club, Machine Translations, Stolen Violin (Ex-Middle East), Velociraptor, Halfway, The Medics, Millions, Battleships, Patrick White, I A Man plus GOMA California Up Late, Spiegeltent, Brisbane Festival... Their debut EP with Valve - The Embankment was recorded with Magoo out at Applewood and released late 2013.

The abuse of power cast its complacent shadow... there was nowhere to go but cross the line. So the new EP is in the can and shackled to the belt. Production all underway for a fast approaching early NOV release date. Recorded at Hunting Grounds, Gasworks and Electric Monk studios in Brisbane and includes strings courtesy of Nonsemble. All was then mixed by Tim Whitten in Sydney. This one is full of bloody killers... come out of the shadows and make a run for it!