BVLLVDS - As Above, So Below 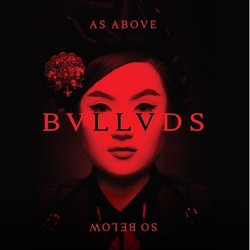 “As Above, So Below” is the dark and engaging debut single from Sydney artist BVLLVDS, a tantalising initial taste from her forthcoming debut EP, Apertures due for release in late 2019.

Taking cues from the origins of the word “ballad” – on her debut EP, Apertures, equal thought is put into the melodic and lyrical paths taken.

Produced in collaboration with Jed Holmes and LUX NRM on “As Above, So Below”, BVLLVDS embraces her Korean heritage visually and echoes the distinct gothic leanings of her artwork.

Here Amsel harnesses strong and defiant body language to convey there is empowerment in the softer and personal parts of her music. Staring straight down the barrel of the camera, throwing the viewer’s gaze back at them, asks the viewer to question the stances within everyone involved in the exchange.

The song itself takes the listener from a place of confrontation, regret and ultimately defiance - as punctuated by the crescendo in the final chorus, signalling the end of the song.


As Above, So Below is a dark and sinewy electro pop rumination featuring engaging production and a subtle hook that burrows into the psyche. An assured debut release that is a must for lovers of the dark and mysterious from an artist destined for wider acclaim.