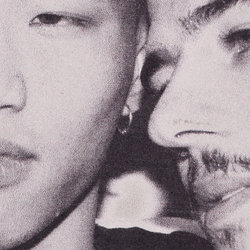 What started as a strictly ‘live only’ concept quickly transformed into something not only for the club but also the bedroom, car or wherever you get the urge…

The trio of Lips, Lockheart and DJ Plead (more commonly known as Marcus, Lavurn and Jarred) has been making bodies sweat around the world individually for a while now via their various bands and solo projects, only to finally come together as BV mid-way through 2011.

Over the past four years, BV (formerly Black Vanilla) has tucked several releases between the sheets, toured nationally with its own EP launches and played in countless support slots.

Appearing on Boiler Room and maintaining a constant flow of new material, BV sees an unsurpassed energy at each and every show, not to mention bringing a whole new meaning to the word dance!

Lyrics to make the coldest heart melt, a groove that could move the most rigid structure and a stage presence that effortlessly creates a build and release like that of your most intimate teen dreams… enter BV.


We have a song for you called “Huh". It is about the world we surround ourselves in.
Somehow, while we're passively summoning our own destruction, we can be optimistic by making ourselves collective, creating solidarity.