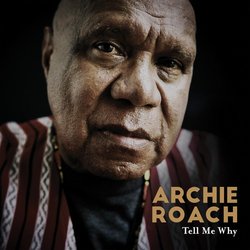 Archie’s album and memoir, Tell Me Why, is the story of how one man’s struggle to find his identity, family and sense of belonging ultimately led him to narrate his journey through words and through song and go on to perform on stages throughout the world. It follows his struggle to find the will to keep living following the tragic loss of his soul mate, life partner and muse, Ruby Hunter, a highly acclaimed singer songwriter in her own right, and the first Indigenous woman to sign a record deal in this country.

Tell Me Why is an intimate, moving and often confronting account of his resilience and strength of spirit, and also a great love story. It’s an extraordinary odyssey of love and heartbreak, family and community, survival and renewal – and the healing power of music.

The 18 song Tell Me Why double companion album re-imagines eleven songs which have defined Archie Roach’s extraordinary musical career, together with two songs previously written but never recorded, two songs of early-influence and three brand new recordings. The album has been arranged and produced by celebrated and multi-award winner Paul Grabowsky.


On the release of his brand new memoir and album, Archie Roach presents his new single, ‘Rally Round The Drum (feat. Paul Kelly)’. ‘Rally Round The Drum’ was co-written with Paul Kelly when they toured New Zealand together in the early 90s. Now, these two giants of Australian music reunite to finally record the song together.