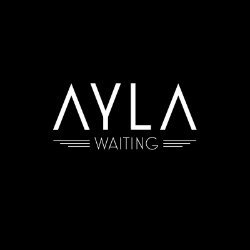 Still just 19 years old, AYLA's early song writing prowess was first recognised by her parents who bought her a tape recorder when she was only five. Some years later in 2012, AYLA made it into the finals of the Teen category of the International Songwriting Competition with her composition 'Talk About Home' when she was only 16. The following year she made it to the finals again, this time in two categories with ‘Wish I Was’.

Upon its release, ‘Wish I Was’ was swiftly picked up by triple j, becoming their 15th most played track of the year and the most played song on the national youth broadcaster by a solo female. Ears were pricked internationally too and attention came from around the world, resulting in a deal with Italian label Ego Music (Emma Louise, The Jezabels) and subsequently a Top 10 single on the Italian iTunes charts.

Proving the power of a good song, the last 12 months have not seen AYLA rest: she’s toured the east coast of Australia, sharing stages with Husky, Bonjah and The John Steel Singers to name a few, while working on material for her upcoming debut EP.


In her latest single 'Waiting', AYLA conveys a passing moment of longing as a beautiful confession. Vivid guitars, tight-knit drums and delicate synths all play a part, but it’s AYLA’s commanding vocal, pulsing between vulnerability and power, that ultimately defines the track.