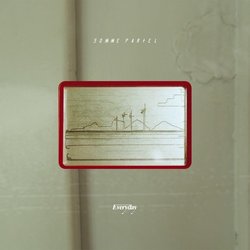 
A fast-paced ballad with sad lyrics and a heavy chorus. Delicate but hard.