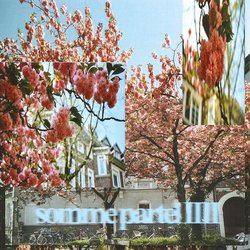 The band’s self-titled album was released on the 16th of March, 2018 for streaming, digital download and on vinyl. Shortly after the release somme partel parted ways with NCR


A lush ballad with smooth chords and dreamy electric guitars. A catchy melody and a nod-worthy drumbeat.

Other tracks by somme partel: We Have All Been Destroyed  -  ZuZu