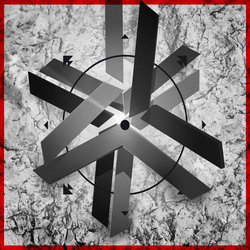 sleepmakeswaves are one of Australia's most exciting instrumental bands. Since the release of their ARIA-nominated debut album '...and so we destroyed everything' in 2011, the band have toured extensively across Australia, the USA and Europe.

The band came together in late 2006 with a desire to write textured, dynamic and emotive songs combining delicate beauty with dramatic climaxes. After their 2007 demo generated unexpected buzz, they went on to independently produce 2 further EPs. Strong word of mouth and critical praise saw the band’s listener base grow worldwide, with over 50,000 people downloading their tracks online and airplay on Triple J, Radio K and notably as far afield as the BBC.

With a follow up record already in the works, the future for the young instrumental group looks promising.


The track 'our time is short but your watch is slow' is drawn from sleepmakeswaves' ARIA-nominated debut album '...and so we destroyed everything'.

It has been remixed by UK electronic-rock legends 65daysofstatic, to produce a brooding collage of sounds combining the emotional impact of the original with advanced electronica.


Other tracks by sleepmakeswaves: We Like You When You're Awkward (Kyson Remix)
%