sleepmakeswaves - Into the arms of ghosts 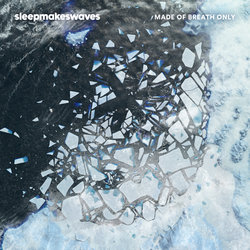 Sydney instrumental post-rock/prog quartet sleepmakeswaves have had an amazing run since the release of their debut album "...and so we destroyed everything." Over the past six years of touring, their busy schedule has included 12 Australian tours, 4 European tours, touring North America, Asia and New Zealand twice, tours with scene giants Karnivool, Underoath, Cog, Devin Townsend, 65daysofstatic and Opeth - and an unprecedented two nominations for an ARIA Award (Australia's equivalent of the Grammy's).

In 2014, sleepmakeswaves released their much-anticipated second album 'Love of Cartography' which earned a #31 debut on the ARIA Chart, nominations for an ARIA Award, J Award, AIR Award and 3 AU Review Awards, as well as triple j, community radio and US college airplay; and launched them onto a massive 55-date international tour across 22 countries in 2015, including sold out shows around the world. In 2016 they continued with another 54-date tour across North America and Australia.

Now, the band have announced the release of their third album 'Made of Breath only' for early 2017. With an epic world tour planned, visiting more cities than ever before, the future looks bright for this young instrumental quartet.


An interesting mix of aggression and sadness, the track features memorable piano and lead guitar lines set against a thundering backdrop of drum and bass riffs. The hypnotic refrain builds to an epic climactic finish that recalls the pummelling live show this band is known for.