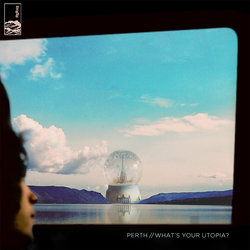 
‘Greasy Moon’ is an echoing, disorientating, addictive stomp that offers a tantalising hit of the wonderful songcraft woven throughout What’s Your Utopia?’s expansive, eclectic patchwork. As reassuring as it is creepy, as uplifting as it is doggedly despondent, it exemplifies the perverse pleasures and ear-bending dichotomies perth draw upon.

Other tracks by perth: Drank and Kites and Tomorrow  -  Saw Promenade
%