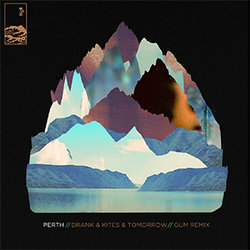 
On ‘Drank and Kites and Tomorrow (GUM Remix)’ Jay Watson (Tame Impala) takes perth’s majestic original and streamlines it further into a Spiritualized-esque drone-pop beauty. The song comes from the forthcoming album Where’s My Dystopia?, which features remixes by Mei Saraswati, Seams, Usurper of Modern Medicine, Valerio Cosi among others.