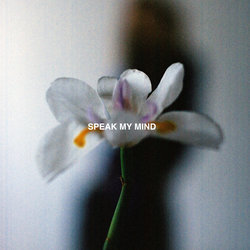 Within just a few weeks of uploading their first single to Triple J Unearthed, nyck were Triple J Unearthed Feature Artists, supporting Emma Louise at The Corner, and playing their sold out single release show at Wesley Anne in Melbourne. In the months that followed, they toured the east coast of Australia, and most recently, secured a national tour supporting Amy Shark in March and April.

Supporting the music, nyck will launch a long term collaboration with renowned British fashion photographer, Ben Morris. A New York local, Morris has been published in some of the world’s most acclaimed fashion magazines, including British Vogue, Vogue UA, Elle, Numero, Muse, Interview, Wonderland, Arena Homme + and Purple. For each of nyck’s forthcoming releases, Morris has taken a collection of photographs on film that are directly inspired by the music.


nyck’s second single ‘Speak My Mind’ is a beautifully melodic, melancholic, and romantic exploration into love and life in the city. Lyrically, Speak My Mind is a pre cursor to Decision, exploring the days and weeks before the break of a long term love.