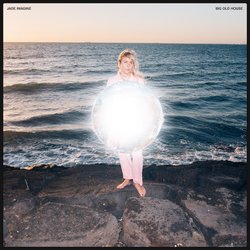 Emotionally dictated by the wit and noir of Jade McInally, jade imagine is a band that seamlessly fuses together elements of synthwave and art-rock, with a signature style of bleak pop and contemplative new-wave. Jade McInally has been a stalwart of the indie scene for more than a decade. After winding her way to Melbourne from somewhere consistently sunny, McInally cut her live-performer teeth with her own electronic project Tantrums, before playing in the bands of local favourites Jess Cornelius (Teeth and Tongue) and Jess Ribeiro.

Following the release of their debut EP What The Fuck Was I Thinking on Milk! Records in 2017, jade imagine have played an incredible run of support slots including shows with The Pretenders (UK), Angel Olsen (US), Benjamin Booker (US), Lucy Dacus (US), Julia Jacklin and The Murlocs. In March 2018 the band travelled to the US to showcase at South by Southwest in Austin, as well as playing key shows in Los Angeles and New York City.


Premiered via Double J and Pilerats, ‘Big Old House’ was written "in Sunshine Beach, after a dream in which a loose melody and lyrics came to me...” Jade McInally, jade imagine’s front-person and key songwriter says. “Then in a Brisbane hotel room, the band and I workshopped the arrangement and it was pretty much done!"