iOTA - More Than You Can Chew 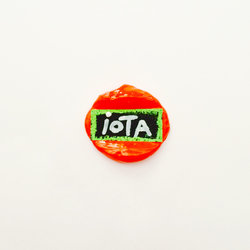 iOTA has been very busy since his last studio album release back in 2006. In the years since his last album release, iOTA has been anything but in a hiatus. He has performed in critically acclaimed productions of ‘Hedwig & the Angry Itch’, ‘Rocky Horror Picture Show’ and Sydney Dance company’s ‘Berlin’ while also writing & starring the international fringe theatre hit ‘Smoke & Mirrors’ & the Opera House show “Live Young & Solo”. Along the way picking up Helpmann & Green Room awards for outstanding performances & productions.

He then moved to the silver screen and played the orchestra leader in Baz Luhrmann’s “The Great Gatsby” and most recently is part of the supporting cast in the new George Miller Mad Max movie “Fury Road”.

The songs for iOTA’s self titled album were written while on set for the filming of Fury Road and this collection of songs documents iOTA’s time in the desert of Africa where he plays the scene stealing flame throwing guitarist ‘Coma The Doof Warrior’.