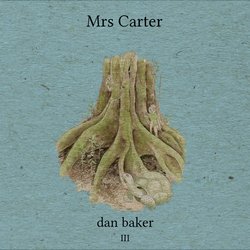 Dan has headlined notable venues and played festivals including The Milk Factory (Brisbane), Neck of the Woods, Townsville Cultural Festival and Palm Creek Folk Festival. He has supported touring acts such as Mat McHugh (The Beautiful Girls), Ezekiel Ox (Mammal) and The Whitlams. His first single, The Wilderness debuted at #2 on the Triple J Unearthed Roots Charts and received a 4.5/5 review by Tripe J presenter, Nkechi Anele. With the forthcoming release of his debut album, Dan is rolling up his sleeves and spreading the word as far and wide as possible.


Mrs Carter is a confused scramble for meaning and direction. It attempts to counter ideas of individualism and offer comfort and community through collective dissatisfaction.