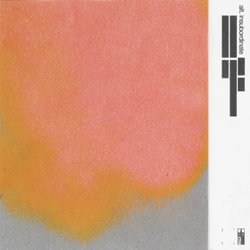 Vocalist Daniel Richards existed as the last original member of After Change, so the four-piece decided to relaunch and start fresh under a new name. alt.'s final form consists of Richards on vocals, Daniel Wells-Smith and Simon Aistrope on guitars and Declan Fry on drums.

As After Change, the band played shows alongside international and national heavyweights including Mayday Parade, Circa Survive, Hands Like Houses, We The Kings and The Getaway Plan to name a few and have headlined shows throughout the country accompanied by bands to the likes of Young Lions, Windwaker and Far Away Stables. alt. plan to build on their reputation and hype as After Change and leave their mark on Australia's alternative music community.


"Insubordinate" flaunts huge riffs, a darkness reminiscent of Deftones and a driving force throughout that makes the track an addictive listen. "Insubordinate" takes its name from definition and revolves around the topic of the government and vocalist Daniel Richards stance on their inability to action a positive change towards a better future.