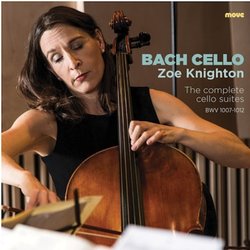 After starting cello at the age of nine with Jill Kahans, and graduating from the University of Melbourne with the highest mark of her year, Zoe went on to establish herself as one of the country’s most sought after cellists. Having studied with Christian Wojtowicz, Michel Strauss (Paris), Nelson Cooke, and Angela Seargeant, she has continued this legacy by teaching at The University of Melbourne, Victorian College of the Arts, Monash University, The University of Tasmania, The Australian Youth Orchestra, The Victorian Amateur Chamber Music Society, as well as other masterclasses and workshops.
Zoe has played numerous concertos with Melbourne orchestras, and with pianist Amir Farid made an impressive debut at the Melbourne Recital Centre to great critical acclaim in 2009. Their partnership continues with recordings for ABC, concerts throughout Australia and the release of five CDs on the MOVE label. She has been praised for her “thrilling tenor sound” (Limelight Magazine), “sublime phrasing”, and “many great technical demands which Knighton carried off with ease.”
Zoe continues to freelance with Melbourne’s orchestras and is a regular panelist for national and international competitions.
Zoe is a founding member of Flinders Quartet.


The debate still rages about the origins and intention behind these suites. They are the heartbeat of the cello repertoire and are true windows into Bach's world. This piece evokes the antithesis of innocence, teenage/early adulthood, and the anguish of self discovery.