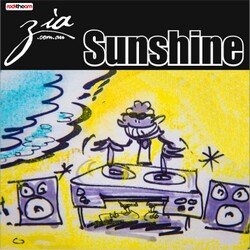 Hailing from Queensland’s Sunshine Coast, Zia has spent the majority of her career as a touring bass player and backing vocalist with several high profile artists. But it’s writing and producing her distinctive style of dance pop that brings together all the pieces of the Zia puzzle.

Zia has spent many years honing her skills, graduating with Honours from Southern Cross University majoring in vocals, bass and composition, and touring extensively with major Australian and international artists including Diesel, Sneaky Sound System and Lisa Hunt.

Zia’s debut single “Underground” peaked at #29 in the ARIA Club Charts and was featured at the Young Hollywood Awards Show in 2011. In 2012 Zia’s second single, “City Of Love” was featured in the film 'Disorientation' and garnered considerable airplay across Australia. Her third single, “Looking At You”, picked up a gong at the 2013 Australian Independent Music Video Awards.

Zia's latest single is 'Sunshine' Featuring MC Anon.
With 3 tracks to the release, ‘Sunshine’ features a radio edit, an instrumental version and ring tone. Ready for summer 'Sunshine' is a chilled yet energetic party song  celebrating ‘living the high life’ and rocking out with friends in the sunshine.


Other tracks by Zia: Sunshine
%