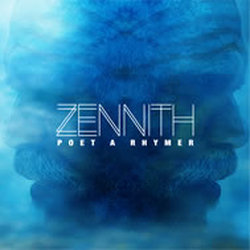 Founded in 2005 Zennith have taken the Australian music industry by storm releasing their EP ‘I Like It’ in 2007 and their debut album ‘Nothing To Lose’ in 2010. Performing at Festivals such as Woodford Folk Festival, Splendour in the Grass, Good Vibrations, Island Vibe Festival, Dreaming, Nimbin MardiGrass as well as Papua New Guinea’s Australia Week and Vanuatu’s Fest Napuan.

Zennith have performed with big names such Damien Marley and Nas, Julian Marley, The John Butler Trio, Jessica Mauboy and many more.


Embracing their hip-hop reggae roots, Kuranda’s dynamic family-founded outfit Zennith are back – six years after their last release. 'Poet A Rhymer' is the sound the band always set out to create, a dance-hall anthem with beat-laden rap and a rhythmic undertone, interwoven with some mean guitar licks.