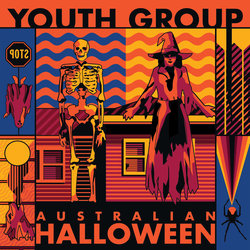 After forming in the late 1990s, the four-piece released four critically acclaimed albums – Urban & Eastern (2001), Skeleton Jar (2004), Casino Twilight Dogs (2006) and The Night Is Ours (2008). The band achieved major worldwide success with the release of hit single ‘Forever Young’, an Alphaville cover which was recorded for the soundtrack of the US drama series, The O.C. The now 4x platinum single reached #1 on the ARIA Singles Chart & won the band the 2006 ARIA Award for Breakthrough Single.

As with most of the material from Youth Group’s forthcoming fifth record, Australian Halloween lead single ‘Cusp’ was written in an abandoned laundromat in Huddersfield, a post-industrial town in the north of England.


Having relocated to the UK with his young family, chief songwriter and singer/guitarist Toby Martin rented the space expecting to write a very English solo record. Instead what came out was a body of work that not only felt distinctly like a Youth Group album, but was largely concerned with Australia and missing home.