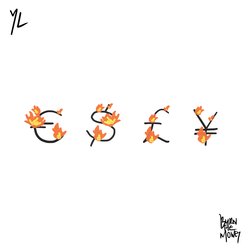 ‘Burn The Money’ is a taste of what’s to come of the band’s third album set for release later in 2017.

Since their inception, the band have earnt a loyal legion of fans across the country not only from their own headlining shows but the many supports that has seen them tour the four corners of the country, touring with the likes of Bayside, Hands Like Houses, Silverstein, Dream On Dreamer, Short Stack – to name a few – and in May, Red Jumpsuit Apparatus.

Having formed in 2013, Zach Britt (Vocals), Morgan Castle (Bass) and Matt Gibson (Drums) created a band whose alternative edge has rapidly positioned them in the forefront of the rock genre. The release of ‘Burn’ in October 2013 was named “alternative Rock at its finest” and the title track earning them a spot on Triple J’s Short Fast Loud top 40 listener poll. The sophomore album ‘Blue Isla’ was released in January 2015 and was praised by Rolling Stone Magazine for the band’s “undeniable charm to the song writing” and describing the fan-favourite track “You Are II” as a “a sonic adrenaline rush that rivals the best of 30 Seconds To Mars”.


’Destroy Me’ is a story of ego. Trying to let it go but eventually having to consign to something bigger than yourself to help you escape it.

Other tracks by Young Lions: Burn The Money
%