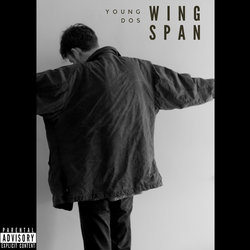 Young Dos is an independent rapper/producer residing in Brisbane, Australia by way of New Zealand.

After recording previously under the name Deadstar and taking a hiatus from music, he began writing music again in early 2017. His debut single 'Jericho' was released in January 2018, followed by the 5 track EP 'Dying Fire'. The EP was characterised by warm synths, gritty drums and stream-of-conscious lyricism.

Young Dos has since developed a frenetic stage presence, drawing on introspective writing to deliver raw and energetic live performances.

His follow-up single 'Wingspan', co-produced by Greg Olley is out now on all platforms.


Wingspan is a collaboration between Young Dos and Greg Olley from Brisbane band Strangely Enough. It's a high energy motivational track, with lyrics that address self-belief and willing yourself to high performance.