Yolanda Be Cool - Tell Me Why 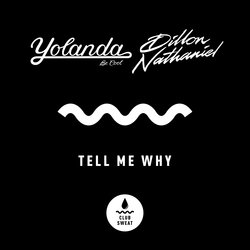 Sydney duo have had multiple international successes over the years, most notably - the unavoidable worldwide number one breakthrough track, "We No Speak Americano" sold over 5 million copies and amassed over 200 million YouTube views.

Their critically acclaimed album "Ladies and Mentalmen" released on DIM MAK in 2013 featured indigenous Australian icon Gurrumul, house royalty Crystal Waters and Barbara Tucker, soul legend Betty Wright and US up n coming rap star Nola Darling. They even co-own/A&R for the seminal Australian record label Sweat It Out, home to artists such as RÜFÜS, What So Not, Motez and many more.

The start of 2015 saw them get back in the studio with Americano collaborator DCUP and lead to the release of their platinum selling single "Sugar Man". They swiftly followed this up with what looks to be one of the tunes of the summer, ”Soul Makossa (Money)" which spent 5 weeks in Beatport's top 10, getting as high as no 2 and has just begun crossing over onto daytime radio.

Yolanda Be Cool show no sign of slowing down, still putting out house records and touring both locally and internationally.


Dillion Nathaniel and Yolanda Be Cool, join forces to release Tell Me Why, on Club Sweat. Combined with Nathaniel’s versatile productions which have landed him releases on a variety of labels including Sola, Repopulate Mars, and Toolroom, Tell Me Why has an undeniable dance floor ability, equal parts 'underground cool' and ‘pop sensibility'.