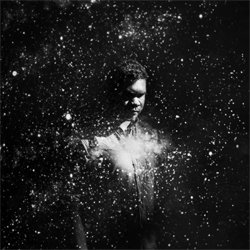 Yirrmal is an aspiring songwriter and guitarist with a powerful voice, singing songs in language about life and culture. He fuses traditional and contemporary arrangements and sings with feeling and depth beyond his years; his beautiful voice sending chills down the spine. Yirrmal openly shares his identity, spirit and connection to the land and engages the hearts of those that are lucky enough to hear him.

Yirrmal is the ‘Young Blood’ of the next generation and this is the title of his debut EP, yet to be released. Working with mentors Shane Howard, Neil Murray and Archie Roach, Yirrmal is paving the way for Indigenous youth. He is a strong, positive Yolngu man, proud of his identity and adding a new dimension to the music scene.


Gurruku (brolga) is my totem. This song contains the Yolngu manikay (ceremonial song) for Gurruku. They are feeding in the swamp land, standing on one leg. They dance - calling out to each other, jumping up and shaking their wings, which is called malung malung. Shane Howard co-wrote this song.

Other tracks by Yirrmal: The Bridge  -  Youngblood
%