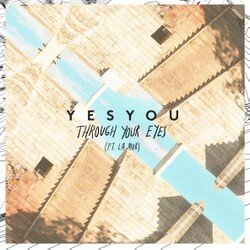 Brisbane duo YesYou surprised everyone with self-produced debut single ‘Half Of It’.

The guys backed it up the following year with another impressive track ‘Frivolous Life’ written with Jinja Safari frontman Marcus Azon. The song peaked at number five on Hype Machine and was praised by the likes of of Neon Gold, Earmilk and Indie Shuffle.

In August 2013 the pair worked with Disclosure collaborator Jordan Rakei on house jam ‘So Much To Give’. The track was added on Triple J, scoring them tours with Rufus and Midnight Juggernauts - adding to an already impressive list including Neon Indian, MSMR, Electric Guest and The Temper Trap.
French label Partyfine signed the boys in 2014 after founder Yuksek took an instant liking to their brand of pop. The label went on to release YesYou’s second EP ‘Waste Away’ featuring L D R U, Noah Slee and Castlerays with remixes from Goldfields and Nudist.
Now fresh off the back of inclusion on legendary French Producer Yuksek’s Partyfine Vol. 2 the boys land back on home soil with a taste of what will be there debut album four years in the making.


Haunted by the soft-spoken vocal styling of La Mar’s Dylan Wright, the moody downtempo production of their latest, ‘Through Your Eyes’, is driven by an off-kilter bassline, thumping kick and a signature synth riff that tickles the ear.