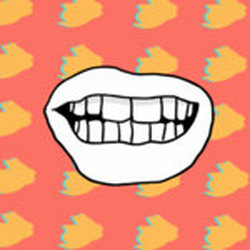 Birthed from the ashes of Oscar Galt and The Eventual Somethings, the three piece formed with Rory Walker thumping the bass with finesse, Michael Hood attacking the drums with exertion, and Oscar Galt madly scratching his guitar and barking out lyrics. The group quickly discovered the depth of their chemistry, and after some creative mining, came across an uptempo, feel good sound that when counterpointed by semi-sarcastic personal tales, was undeniably theirs. Although the band is in it’s infancy, the boys have already played around, having infected audiences at prominent music venues such as The Old Bar and The Workers Club Geelong, as well as various house parties both urban and rural.

Through the fusion of punk, blues and the occasional splicing of miscellaneous genres, the sound has manifested as one that is best listened to with the speakers up and your dancing shoes on.


Lacklustre is a relentless rock track that features crunchy guitars, booming bass, driving drums and a raspy, distorted vocal. It's about leaving someone when things get tough, and the regret and guilt that comes with it.