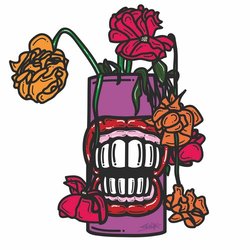 Melbourne-based musician Yeo is known for bending genres and exploring the dimensions of pop, R&B and electronic, he has been praised by numerous publications as a talented multi-instrumentalist, both in the studio and on stage, where he alternates between keys, bass and keytar.

Yeo’s breakthrough album Ganbaru has surpassed 2 million streams on Spotify along with 2017's collaborative full-length Desire Path, featuring singles with Asta, Kira Puru and Fractures which led to Yeo having over 60,000 monthly listeners on Spotify.

Alongside solo project and studio releases, Yeo is multi-disciplined and is involved in many projects, having been described as a musical chameleon. Previously acting as Emma Louise’s music director and band member; producer and co-writer for Asta and Charlie Lim and currently session musician to Mojo Juju.


Yeo kicks off 2019 with a new single 'Restless'. With a R&B infused vibe and Yeo’s distinctive vocals complimenting the beat. Written and produced by Yeo, mixed by Andrei Maberley and mastered by Adam Dempsey.

Yeo celebrates the release of 'Restless' with live shows in Sydney and Melbourne this March with special guests HVNCOQ, Rainbow Chan (DJ) and Jade Zoe.