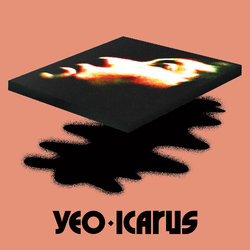 Yeo has graced the stages of many festivals in a near-constant 18 months of touring, including maiden international shows at Canadian Music Week and US headliners in NYC and LA.

Locally Yeo embarked on two headline Australian tours, a showcase at Big Sound and dates alongside Glass Animals, Fractures and Peking Duk, with whom he also appeared on-stage at Stereosonic 2015 nationwide.

Yeo is delighted to announce an East Coast Australian Tour to celebrate the release of the new single ‘Icarus’, and to preview his highly anticipated LP due for release late 2015. The East Coast tour comes off the back of 2 months writing in Iceland, and will include dates in Melbourne, Sydney and Brisbane.


Yeo is delighted to release the new single 'Icarus'. The song is in Yeo's words: "a love song through and through. It's about a person, a dream, a place, or a lifestyle, but one that you can't get close to without ruining everything you already have. So you try anyway."