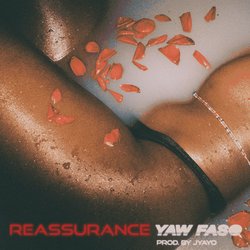 After the successful release of his EP ‘Maskya’, created in collaboration with Machinedrum and SK Simeon, Yaw Faso signed to Alt Music Group in early 2017. Since then, Yaw Faso has released a catalogue of singles such as ‘Massive’, ‘Expose This’, ‘Takeover’, ‘Motions’ and ‘Buckle Up’. Towards the end of 2017, Yaw Faso released his sonic boundary-breaking EP ‘Breath’, raising the bar in the Australian Afrobeat and Dancehall music scene.

Acknowledged by the industry for his groundbreaking style during 2018, Yaw Faso has been featured on various radio platforms and also became an honorary nominee for the Best Reggae and Dancehall Act as part of the Age Music Victoria Awards.

Earlier this year in March, Yaw Faso released his single ‘Buckle Up’, which has emmassed over 30k streams on Spotify, as well as being featured on Ditto’s Aussie Hitlist and the Afrocentric playlist.

Having caught the attention of tastemakers across the globe, there seems to be no signs of slowing down for Melbourne’s Afro-fusion Trailblazer.


‘Reassurance’ sounds like summer - bright and driven by melodies with its focus being on vocals. Yaw Faso naturally finds his groove on afro-beat/dancehall tracks and took a fresh approach when writing this song after a period of being in his father’s land of Ghana, where he was able to reflect on relationships and other intricacies in his life.