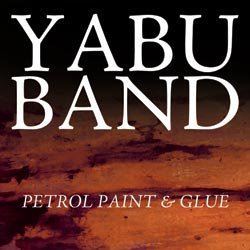 Yabu meaning Gold in the Wongatha language. Multi award winning Yabu Band originally formed by brothers Delroy and Boyd Stokes have developed a 3 piece band delivering a powerful and unique desert rock sound. Originating from Kalgoorlie West Australia and drawing from their heritage, culture and inspiration from the western desert, they create music that draws attention to the issues of the indigenous youth of Australia. Yabu's second album Gundula released in 2009 is recognised as a landmark indigenous album sung in both English and Wongutha language. Yabu have performed at festivals in Australia such as Womanelaide, Dreaming Fest, Woodford Folk Festival, TOO Solid, Shinju Music Fest and travelled overseas to tour South Africa and The Pacific Islands.
Yabu is more than just an indigenous band. They provide positive messages through song, a vehicle of inspiration that has encouraged children and adults to achieve all they can and believing there is nothing more important than encouraging today's youth to have self worth and to chase ones dreams.


Sweetest-saddest powerful ballad confronting the desperation of the indigenous people affected by substance abuse and the effects it has on their family and community.