YT DiNGO - I've Been to the Sea feat. Djuki Mala 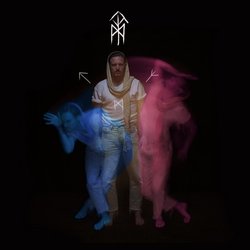 YT DiNGO (pronounced White Dingo) is an eclectic art and music project from the genius mind of Travers Ross that challenges the norm. This abstract triple threat is a versatile vocalist, choreographer and performer, who wittingly disperses his creativity into alternative staged, sonic and/or filmed art, set to appease all walks of life. Sharing the stage with raw urban rock musicians and a down under collection of multi formed dancers that get behind Yt Dingo’s howling screams and original poetic rhyme & dance story telling. The live show similar to online releases show flips in a moment from breakneck hip-hop melodies & electronics, heavy rock with howling guitars to lucid funk and roots movements, with Indigenous influences and artists confirming the Dingo’s clear message. 2018 was a huge year for YT DiNGO, seeing him debut at Splendour In The Grass Festival, and releasing his Debut single Shipwrecked won Music Video of the Year for the Gold Coast Music Awards 2019.


YT DiNGO (pron. White Dingo) is the personification of blood, sweat and tears. This music and dance project encapsulates sounds, movement and feeling in its rawest form.

"Side A" is the massively anticipated debut EP from YT DiNGO, which features his already showcased trilogy—including 'Thrill of the Chase', 'Wicked Rest' and the Gold Coast Music Award-winning 'Shipwrecked'.