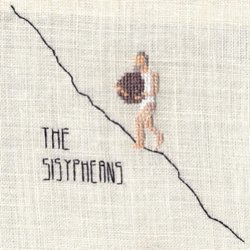 Jim White and George Xylouris have been friends since Jim's early days in Dirty Three. Their musical connection goes back to then and led them to start Xylouris White in 2013. Since then, they have released three albums and been touring the world. The Sisypheans, their fourth release together, was once again produced by Guy Picciotto, and recorded at Melbourne's Sing Sing East.

Xylouris White's fourth installment of progressive Cretan lute compositions present the sounds of the lute, George Xylouris' vocals and Jim White's drums in an open, spacious sound-field. With the philosophical bent that suits their music's ancient headwaters, Jim and George are meditating on the life of a traveling musician, Sisyphyan in its repetition, but inspired in an eternal recurrence of themes and techniques that allow them to climb ever-further into their experience as players.

"As George and I travelled around, we found ourselves talking about Sisyphus, condemned to climb that hill with that rock forever. I found it fit in with a long held set of thoughts I'd had, that if one concentrated activity and thought enough on one thing it would expand and be a whole world: that is our job as musicians" - Jim White


In "Tree Song", the first single from Xylouris White's new album, The Sisypheans, Nature calls to the Sisypheans:

‘Don’t go away, stay with me
My three branched basil tree
My short bushy bitter-orange tree’