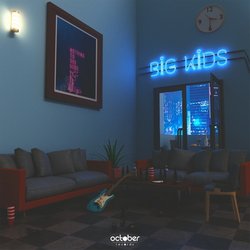 Aaron James, aka XMPLA has been making a name for himself with his genre-defying sound which combines an array of vocals and electronic production. The Sydney-based producer, singer, songwriter burst onto the scene in 2017 after winning the 301 Studios ‘Is It A Banger’ competition and becoming runner up in the YourShot DJ competition. Following this, Aaron signed his first label with Tinted Records and went on to release his first track with the label, ‘Better’.

XMPLA’s debut release ‘Better’ sparked the ears of the industry with the tracks compelling vocals and production, of which are all done by Aaron himself. XMPLA effortlessly changes his voice upwards of six times throughout the track, amalgamating all of life’s different stories by weaving his voice in and out of various characters. In the latter half of 2018 XMPLA went on to release ‘Sun Goes Down’, a bouncy, future bass track that builds on XMPLA’s use of various vocal techniques, while also exploring more traditional songwriting structure. The release quickly became a favourite on triple j and led him to being a ‘feature artist’ on triple j Unearthed.


The new single 'Big Kids', sees XMPLA explore and diversify his sound once again. Previously impressing audiences with dynamic productions shaped by a huge range of vocal techniques, and refined by each subsequent release, he has gone on to collaborate with various artists around the world.